Days out: A film location guide to Greenwich

This summer we’ve asked locals at some of the UK’s favourite staycation spots to share their tips for an on-budget day out that’ll make you look at these well-loved locations a bit differently. First up southeast Londoner Eboni takes us on a tour of Greenwich, showing us the places that filmmakers have reimagined to create some on-screen magic

Greenwich is a beautiful, historic, buzzing area of south east London, where hemispheres meet and royal heritage blends with cutting edge architecture. So, it’s no wonder Hollywood continues to stop by and turn this beautiful borough on its head by reimagining itas backdrops to hit films and TV series.

I’m lucky to have this world-class, cinematic location right on my doorstep, so when Zopa asked for a guide, I jumped at the chance to put it together. With the Zopa credit card in hand to keep track of my costs, here’s a full day of exploring that cost me under £35.You can save this post for your own visit and follow along step by step. 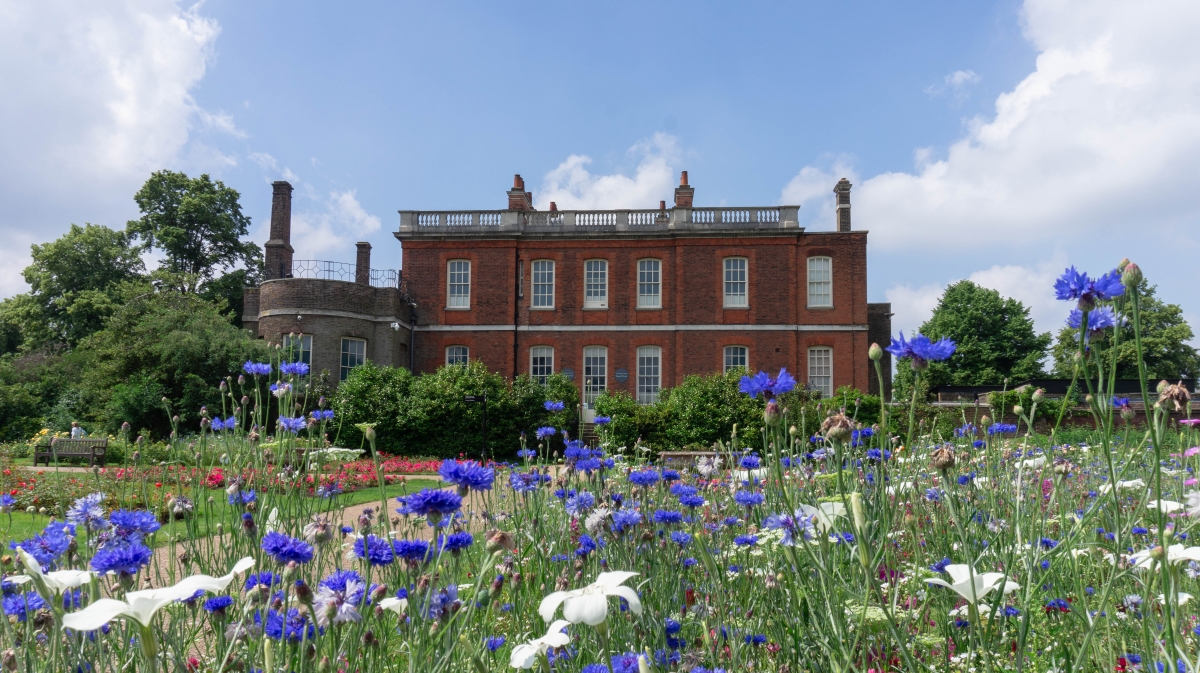 This Grade I-listed Georgian house dates back to the 1720s and was once the official residence of the Ranger of the park by royal appointment, but today it is a museum, housing a world-class art collection. It backs directly onto the western edge of Greenwich Park and can be accessed via the Blackheath entrance.

The mansion, once known as 'Chesterfield House' can be seen posing as the exterior of the title family’s home in Netflix’s Bridgerton. Bridgerton House was imagined by production designer Will Hughes-Jones who flipped the entire facade for spring, adding wisteria and exaggerating the aesthetic symmetry.

You do need to purchase entry tickets to Ranger’s House ahead of your visit, which can easily be done online. 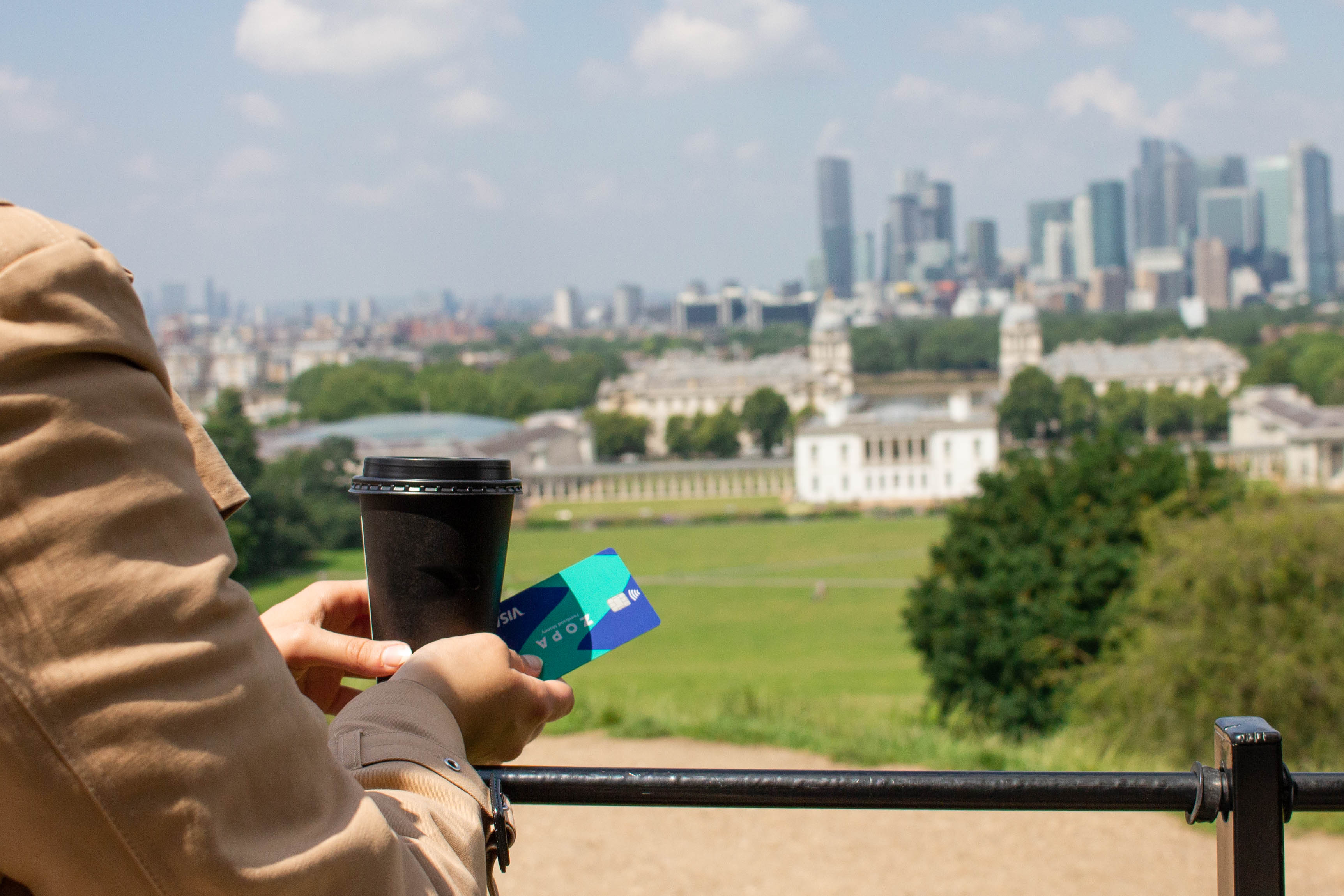 Arguably one of the best views of London (the best in my humble, biased opinion), this spot is located just a short 5-minute walking distance from Ranger’s House (make sure you walk via the beautiful flower garden behind the house). Here, you will find a coffee stand offering refreshments for you to enjoy whilst looking out at London. For less than £5, I got myself a coffee and pastry bundle. One tap of my Zopa credit card and I was ready to take in the scenes. If you look to your left you may notice the Meridian line, where the world’s eastern hemisphere meets the western hemisphere – pretty iconic! 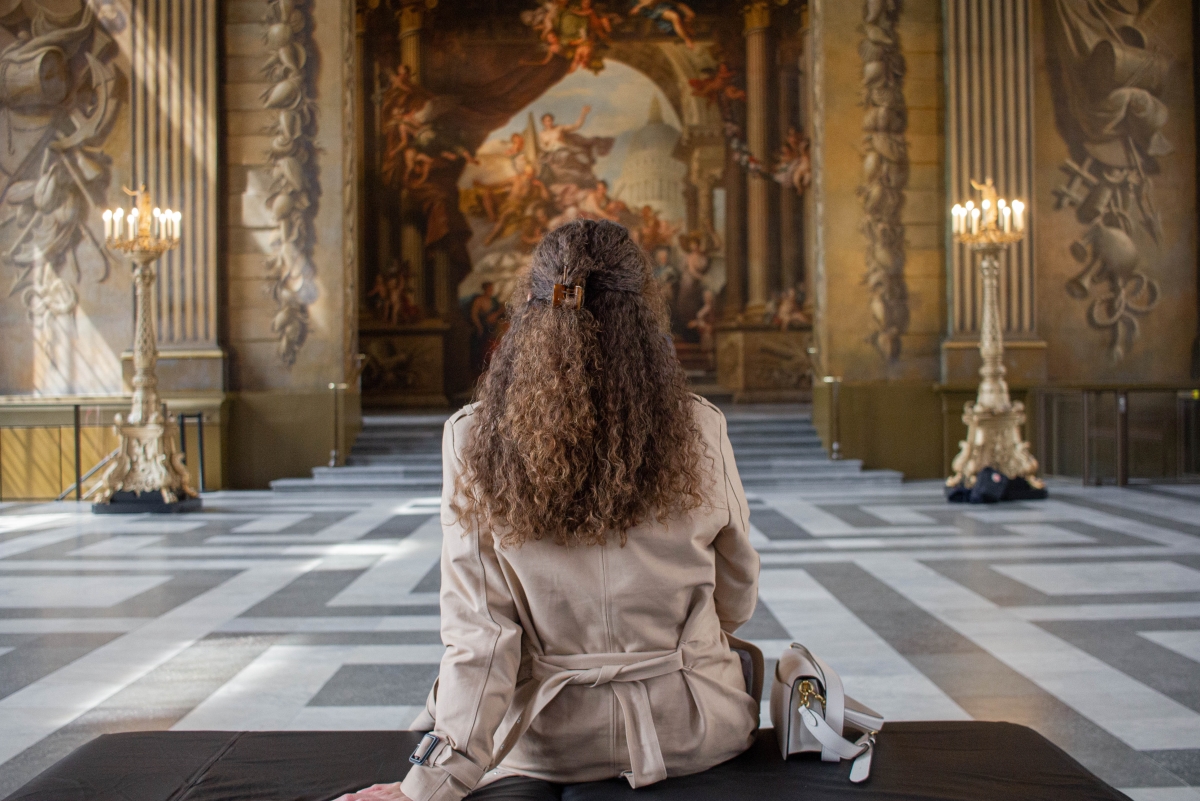 Head down the hill towards Greenwich town centre, to see the fabulous baroque artistry of the Painted Hall. Following a two-year-long, award-winning conservation project, the Painted Hall reopened to the public in 2019. Affectionately also titled "London's Sistine Chapel", The Painted Hall was designed by Sir Christopher Wren as the ceremonial dining room for the new Royal Hospital for Seaman. Sir James Thornhill started painting the hall in 1707 and took 19 years before he put his brushes down!

The Painted Hall has been reimagined as a Royal residence in a few different films and series. It featured in many banquet and party scenes in Netflix’s The Crown, as well as another royal headquarters in the 2011 Johnny Depp film Pirates of the Caribbean: On Stranger Tides. Jack Sparrow is seen being dragged by guards through the huge Painted Hall to see the king!

Book your Painted Hall ticket online before you go. It is really easy to do with the Zopa card. Make sure to register with one of the admissions officers on the day to turn your ticket into an annual pass (for no extra cost). 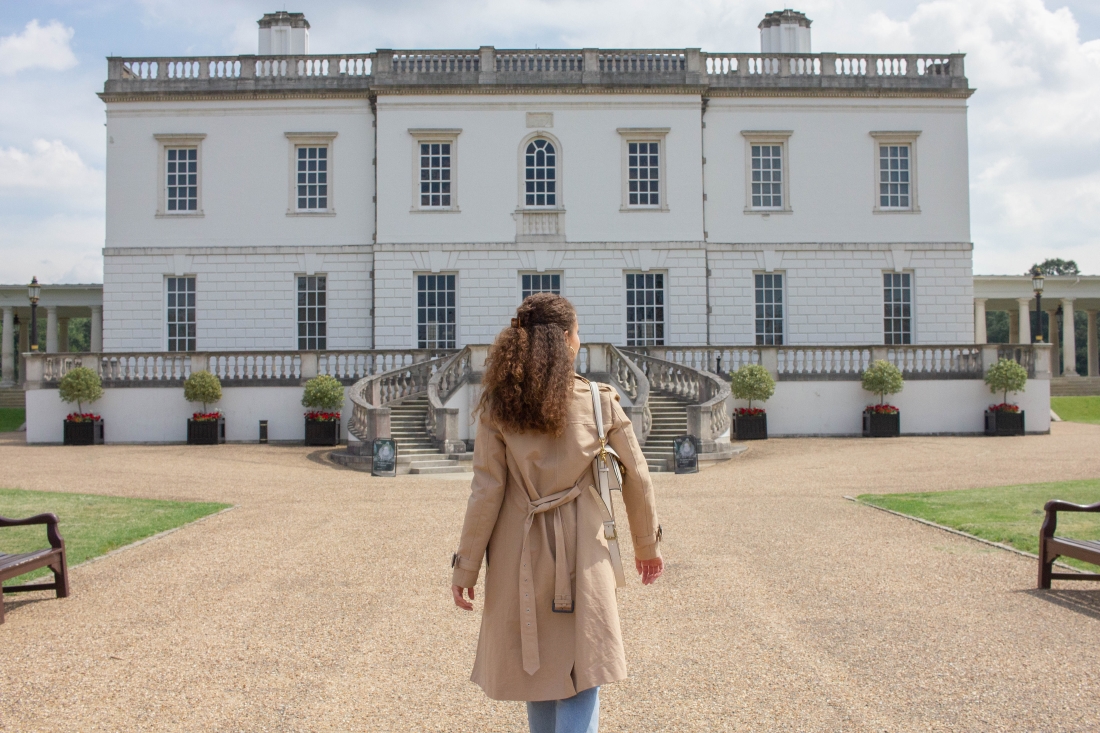 The Queen’s House is one of the many free museums in Greenwich and it just so happens to be my favourite. Set just across the road from the Painted Hall, the House now serves as the principal showcase for the museum's superb art collection, which includes the largest national collection of British portraits outside the National Portrait Gallery!
The Queen's House was reimagined in the name of good, regency era TV when it masqueraded as a different royal residence in Netflix’s Bridgerton. It posedas the exterior for London’s Somerset House throughout the TV series. The actual Somerset house is just up the river, overlooking Waterloo Bridge. I secretly think The Queen’s House is more beautiful! 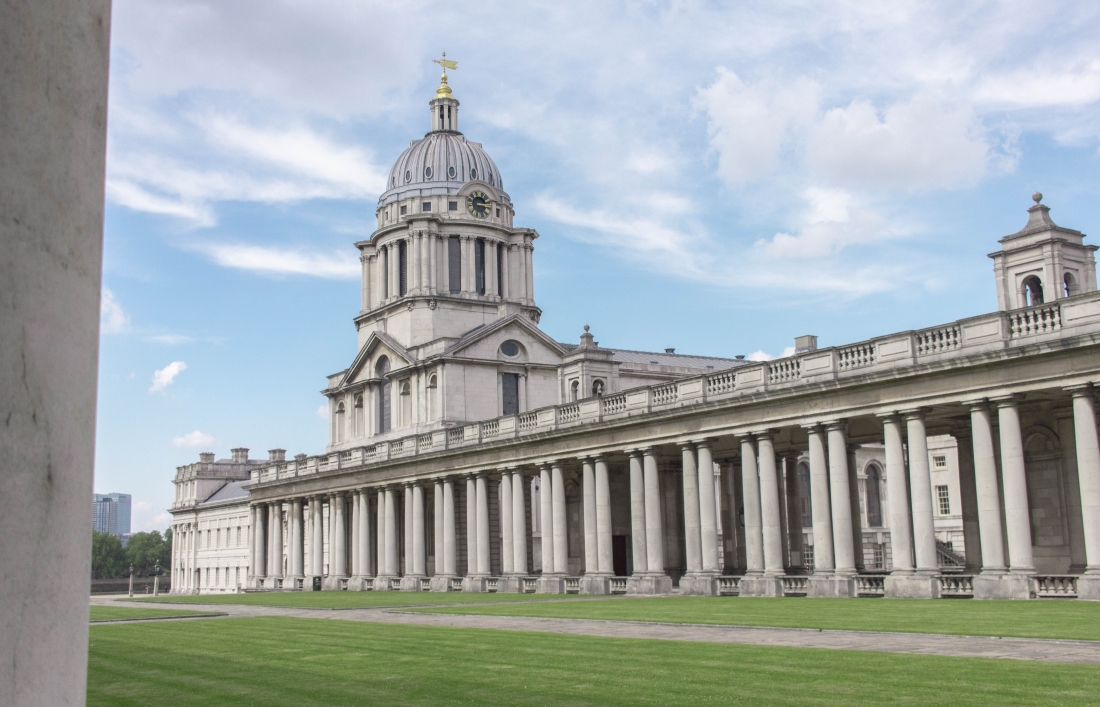 Last, but certainly not least, we have The Old Royal Naval College, which you would have seen looking extremely tiny from our “coffee and view” spot earlier. T. It features a beautifully symmetric pair of clock towers that sit atop two rows of column-lined passageways. You can often find me sheltering here on a rainy day.

Les Misérables saw the Royal Naval College stand in sa as the location of the turbulent scenes set in the 19th century Place de la Bastille in Paris. As part of the set, a gigantic elephant stood at the centre of the college for several weeks. The exterior was also royally reimagined as the exterior of Buckingham Palace in Netflix’s The Crown. 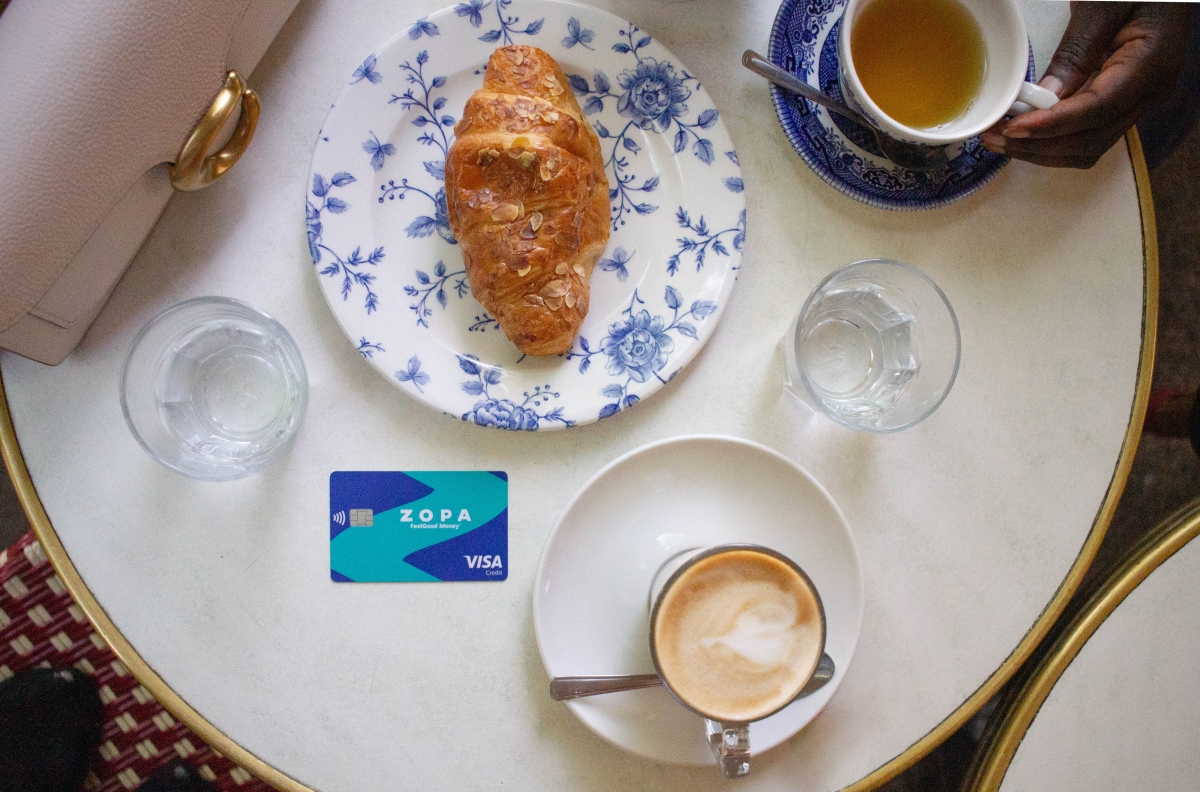 A day spent immersed in such grand surroundings left me in need of refreshment, so I headed to Cafe Rouge for a restorative afternoon tea.

I hope you enjoyed this cinematic tour of Greenwich. And I hope you too get a chance to visit for yourself and walk in the footsteps of Hollywood royalty!