Zopa Days Out: A foodie day out in Athens for under €50

At Zopa, we want you to get the most from your money – even when you’re on holiday. That’s why we don’t charge fees when you spend on your Zopa credit card abroad (34.9% representative APR variable). And it’s also why we asked award-winning food writer Anastasia Miari to show us exactly where she’d go and what she’d eat to get the most from a day out in Athens on a €50 budget. 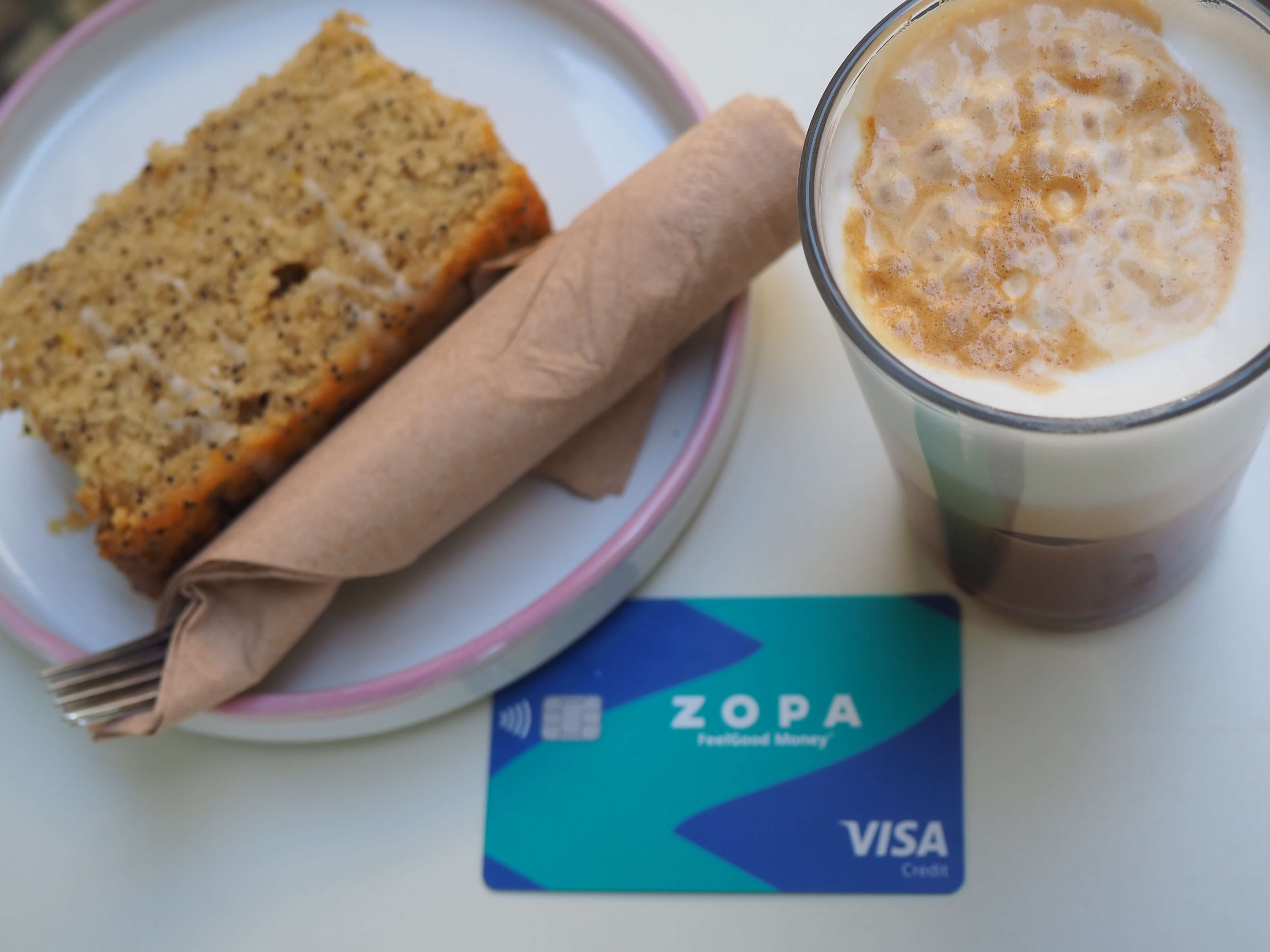 Previously one of the most affluent neighbourhoods of the city in the sixties, Kypseli gradually became run down as its wealthy residents moved out to the suburbs. Since the years of the crisis though, it’s seen a revival, with artists and young creative types taking advantage of cheap rents for studios and living space. Tucked into a leafy street, moments away from the newly revived Municipal Market, Kick is where to go for a morning coffee before sight-seeing. The locals drink ‘Freddo Cappuccino’ - a cold coffee for whiling away the hours in the shade. 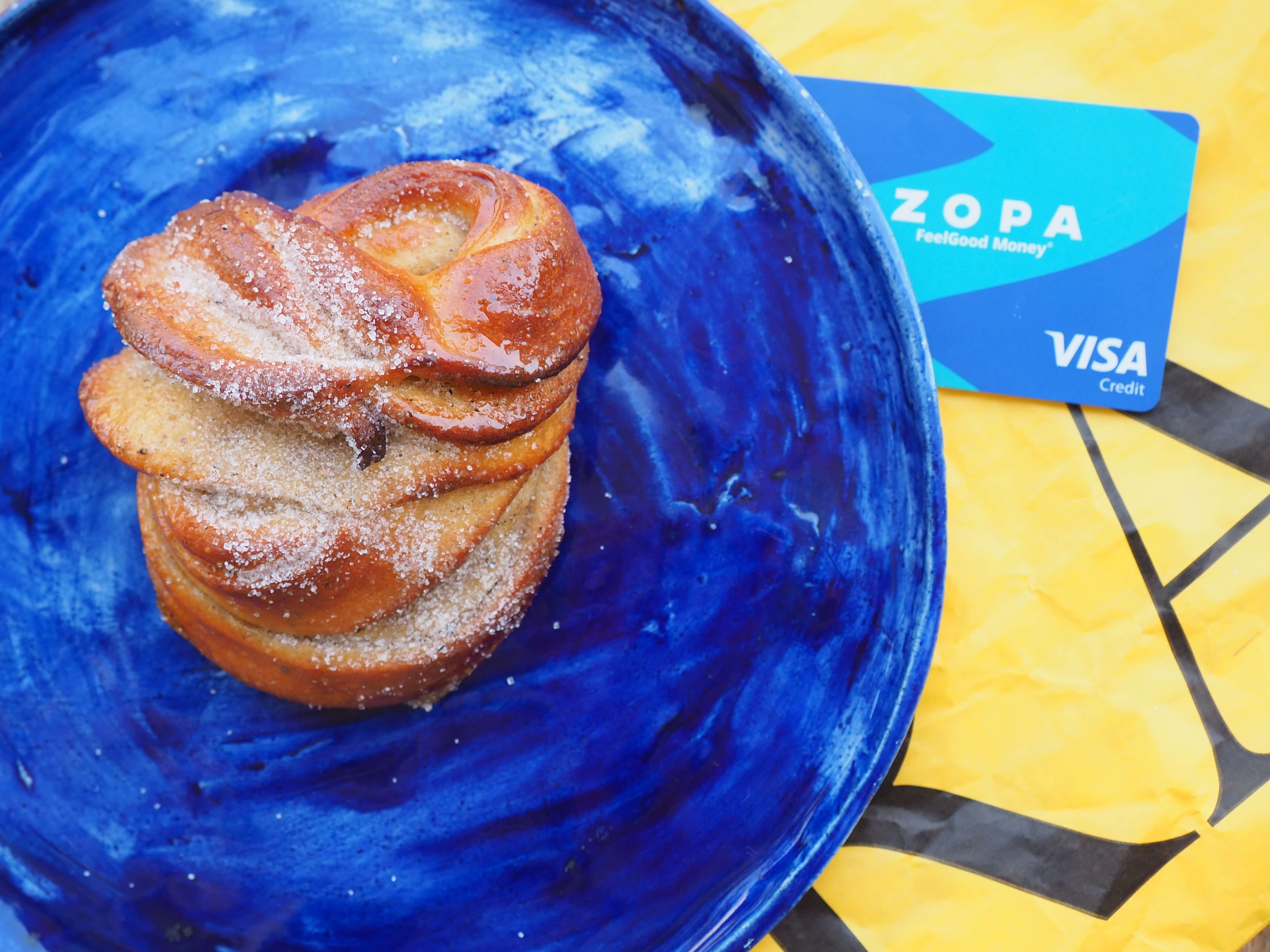 Greeks are not famed for their breakfasts but this new bakery that popped up in the central neighbourhood of Kolonaki is fast becoming known for its sourdough and sweet treats. Here’s the spot to dose up on sugar with a cinnamon bun or pain au chocolat, then stroll the nearby National Gardens before going down town.

The central market is always abuzz with sellers plying their spices, aromatic herbs and olive soaps. Rub shoulders with the locals here on Athinas street and stock up on botanical tea infusions (wild mountain tea is a Greek classic), bouquets of dried oregano and special spices like saffron. 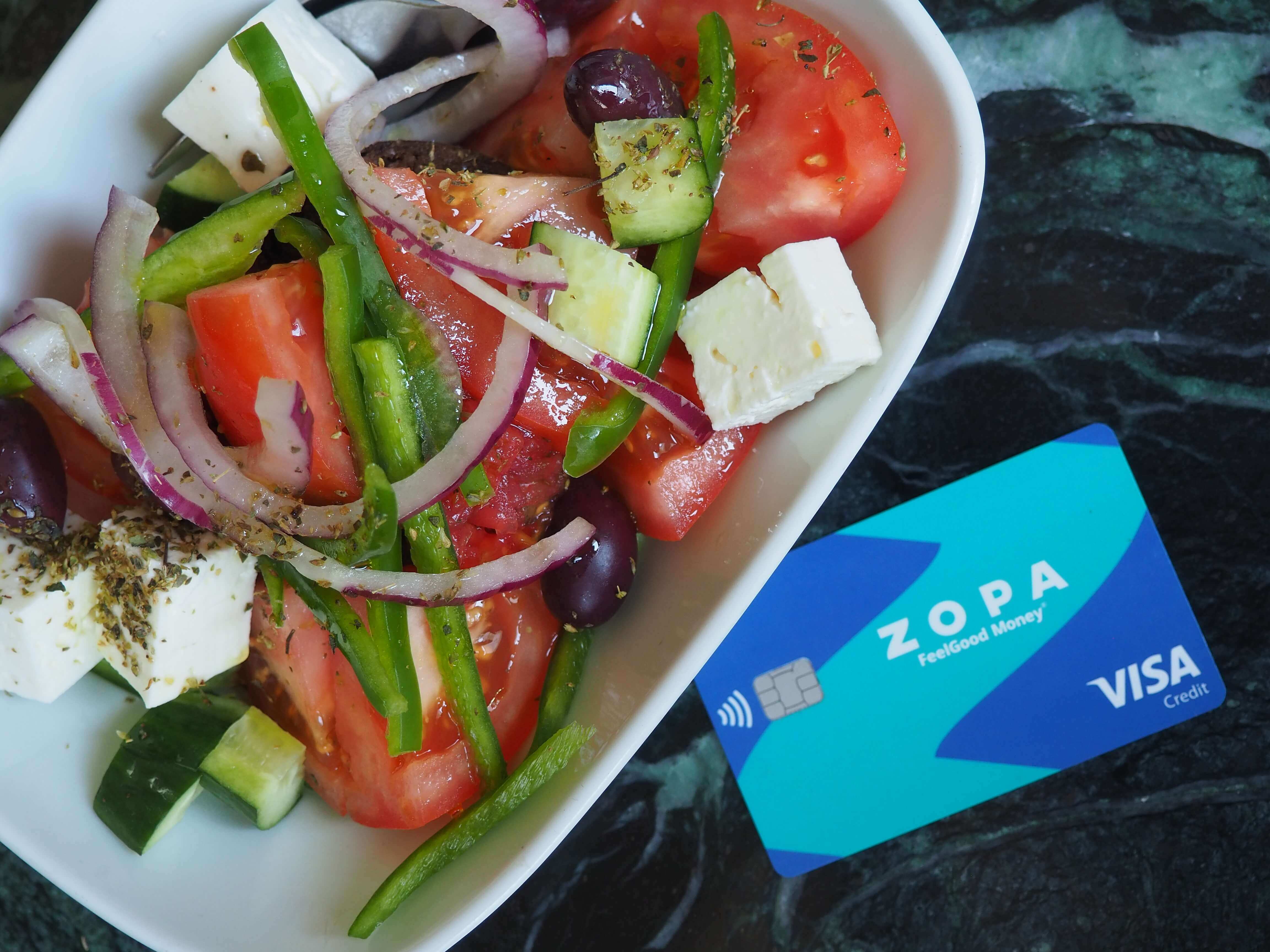 Pairing French finesse with Greek flavour, this bistro makes for a good option to grab a bite in the heart of downtown Athens. Equidistant to Monastiraki and Syntagma Square, flora-wallpapered Cherchez La Femme is a welcome retreat from the chaos of the concrete jungle outside. Jazz floats out onto a sheltered patio, meanwhile, inside, an Athens of a bygone era - vintage wooden furniture, terrazzo floor and green marble tables - awaits. 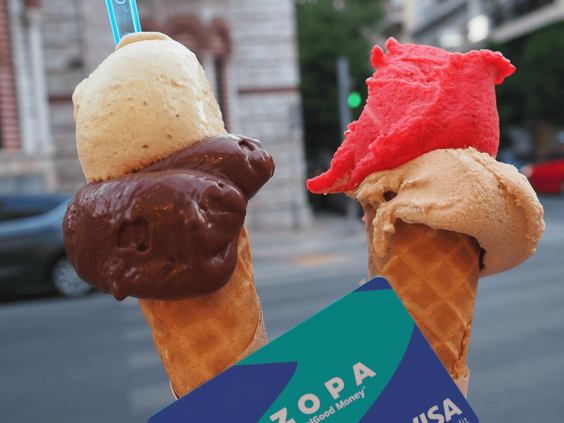 Athens’ most recently opened and best gelato place, Django is a hot-spot come sun down when the heat eases off. Head here for pistachio ice cream made using produce from neighbouring island, Aegina (famed for its pistachio nut) and the chilli-chocolate combo that is as cooling as it is spicy. Then stroll pine-clad Philopappou Hill for sweeping views of Athens and the Acropolis. 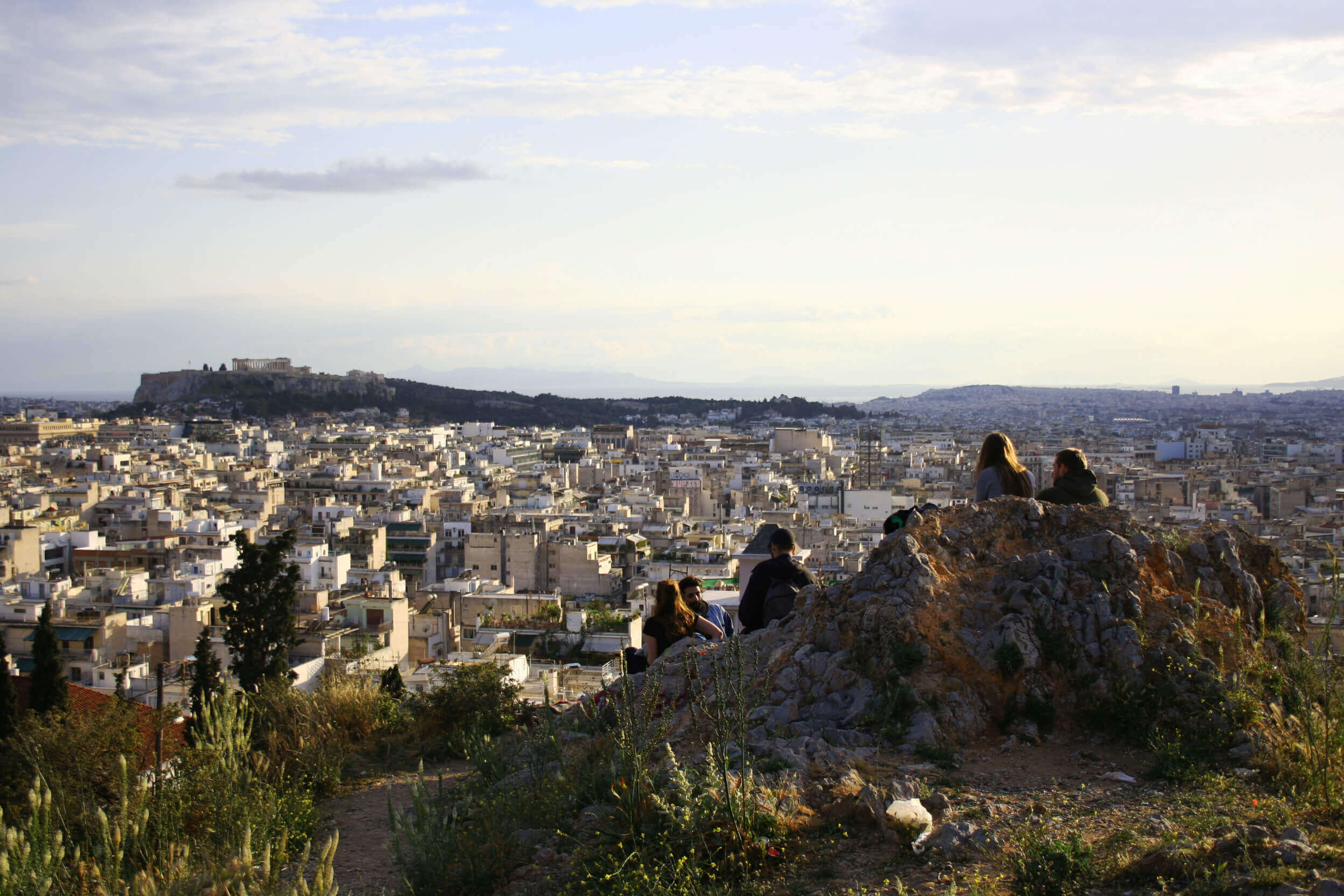 You needn’t pay to see the Acropolis. These remnants of the ancient Greek civilization stand atop a hill at the very heart of the city. Simply take to the pedestrianised streets around the Acropolis and up to Philoppappou hill to see the celebrated monument from a distance with an impressive backdrop of the city and the Saronic Gulf. 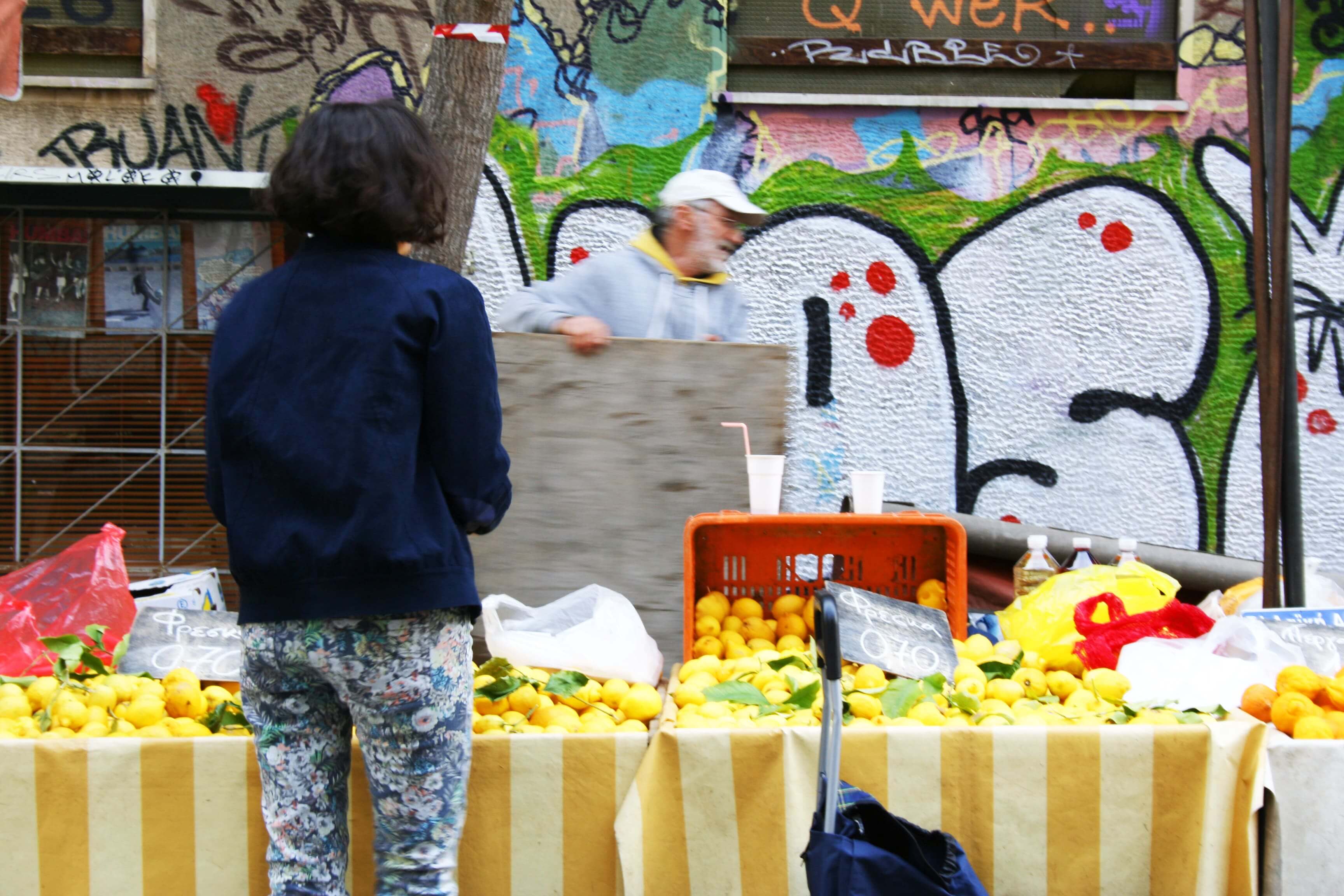 Set back off Kallidromiou street (famous for its bustling Saturday market) in the grounds of a former school, Ama Laxei is perpetually packed from lunch until the wee hours. The garden drips with jasmine and bursts with orange trumpet flowers, an oasis from graffiti-landia beyond its gates.

The cuisine is a refined take on traditional taverna fare and sharing plates are standard here so be prepared to share whatever you’re ordering. A top tip is the leaf salad with roasted Manouri cheese and grilled sardines.

Make sure to head up to Strefi Hill, five minutes from here, to watch the sun set over Athens before dinner or combine a trip here to the Saturday market for a real flavour of the Exarcheia neighbourhood.

Buying a car is a dream for a lot of people, and from today Zopa Bank will make that journey easier for customers, becoming the…